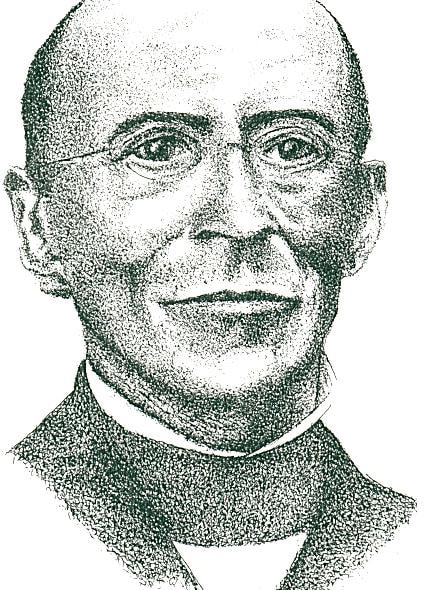 Born in Massachusetts in 1805, William Lloyd Garrison was an untiring reformer who worked for women’s right to vote, civil rights, and prohibition, but he is best know for his “fierce opposition to slavery.” He led the moral crusade for abolition of slavery in the United States. Garrison’s lifelong interest in human rights first found expression in the early 1830s through the issue of slavery. He established the New England Anti-Slavery Society in 1832, and the American Anti-Slavery Society in 1833, and popularized the need for immediate, as opposed to gradual, abolition of slavery.

He founded The Liberator, an antislavery newspaper, in 1831, and was its outspoken editor until the Thirteenth Amendment abolished slavery in 1865. Though criticized heavily for his well-written editorial opinions, and imprisoned for a short time for these editorials, he refused to be silenced. When speaking in public gatherings, he was frequently heckled by proslavery interests in the North, and physical threats to his personal safety were common. In October of 1835, he was tied up and dragged through the streets of Boston with the threat of being lynched for his antislavery views. His preferred tactics of non-violence, and the moral persuasion of slaveholders concerning the sin of slavery were the keystones for a group of active and influential abolitionists centered in Boston.

Garrison’s view of the Constitution of the United States as a proslavery document alienated him from political activity, and from those abolitionist colleagues who saw office acquisition and legislation as a valuable route to the emancipation of slaves. Garrison refused to vote while the government sanctioned slavery. His opposition to political activity fostered a split in abolitionist ranks in 1840 which eventually led to the nomination of Abraham Lincoln for President in 1860 by those who favored political activity. Garrison did not support the Civil War until Lincoln announced the Emancipation Proclamation.

It was Garrison who discovered the young and newly escaped slave Frederick Douglass in Massachusetts in 1841, and encouraged Douglass to speak and share his experiences.

​It was Douglass who pointed out in 1874, that the continued discrimination against African-Americans following emancipation reflected the lack of moral commitment on the part of most Americans to the process of achieving equality among the races – a fact which exonerated Garrison’s long-term emphasis on the need for moral persuasion of the public mind before equality between the races could be achieved.
Back to Inductees