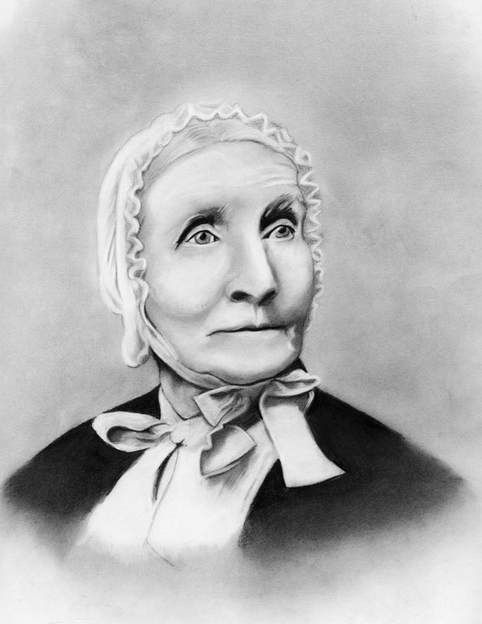 Laura Smith Haviland was born in Kitley, Ontario Canada on September 20, 1808 to Charles and Sene Smith. The Smiths quickly moved to Lockport, New York where there were other Quaker families. Laura grew up in a religious environment that supported the education of women and Quaker life. She was deeply influenced by Woolman’s account of slavery and became resigned to help all persecuted people.

The Smith family and the Havilands (Laura’s husband) moved to Adrian, Michigan, where Laura would meet the Chandlers, a progressive family radically situated in the anti-slavery movement. Elizabeth Margaret Chandler became a close friend, but died very young. Then calamity occurred, and everyone around Laura, including Laura, contracted erysipelas. Her parents, husband, and daughter died. Like many abolitionists, this tragedy of death and separation cemented Laura’s concepts of internal and external pain and suffering. Laura became ignited in the cause of abolition. She began documenting the history of the abolition movement and the Underground Railroad. She conducted rescues through the gateway of Cincinnati. She freed slaves in many southern states.

Throughout her entire life and all of her actions, she instructed many people to confront anti-abolition authorities who were trying to aid slave hunters and owners. In this process, she freed or assisted freeing thousands of slaves. She interacted with many other abolitionists and members of the Underground Railroad, in order to keep the surge of fleeing slaves continually heading toward a safe place away from slavery where they could lead normal lives. One city, Haviland, Kansas, is named after Laura Haviland, because of her lifelong process of helping slaves and refugees. She promoted freedom in every corner of every place that she lived or stayed, and helped the impoverished existence of everyone around her. Through her extremely disciplined life, she left a detailed record and a heritage of many actions of many other people who were helping the plight of hundreds of slaves caught in the tyranny of the slave system. Her autobiography is the exemplary masterpiece that leaves us a guide to her life and the lives of other abolitionists.

Everywhere that Laura Smith Havilland travelled, she was exposed to danger. So many people recognized her and her brave deeds, selfless attitude, and self-evident, simple but elegant way of life. They recognized her genius in securing safety for fleeing slaves when she was confronted and thwarted by irate slave hunters and slave owners. For such status and prominence in the abolition movement, there are merely a handful of articles written about Laura and just a few books. Laura Haviland’s rich history needs to be illuminated again.