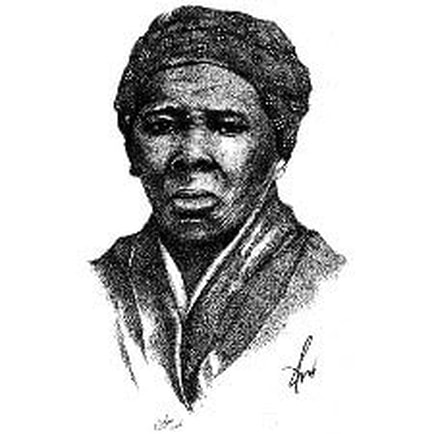 Although the exact date of her birth is unknown, Harriet Ross Tubman was born into slavery in Dorchester County, Maryland in early 1822. Known for being a conductor for the Underground Railroad, Civil War nurse and spy, and advocate for human rights. Once Tubman was freed in 1849, she devoted her life to helping others seek freedom, her successes offering her an important spot in our nation’s history.

Although it is disputed precisely how it happened, while in her teens Tubman was struck in the head – some argue it was with an iron weight– and was nearly killed. This perpetuated one of her more famous qualities; she suffered from headaches, seizures and bouts of sleeping that continued through her life and were sometimes attributed mystic qualities.

Tubman led groups of slaves through eastern Pennsylvania and central New York and on to Canada. Her bravery in the face of the constant danger of capture won her acclaim from many leading abolitionists including John Brown, Lydia Maria Child, William Seward, Gerrit Smith, and Wendell Phillips. She took between eleven and thirteen trips, freeing an estimated seventy individuals, which included family members, as well as providing information for about fifty other slaves, that allowed them to find freedom as well.

Tubman’s trips along the Underground Railroad brought her to Peterboro. Tubman felt safe, supported, and welcomed by the Smith family. She also came for personal visits. During one visit Gerrit Smith’s son Greene, noting Harriet’s lack of adequate shoes, delayed his plans to go to purchase footwear for her. In a letter to his wife Ann January 29, 1861, Gerrit Smith wrote from his Land Office, “Harriet Tubman sits by my side. I have just written to Sanborn for her.”

During the Civil War, Tubman worked as a nurse, laundress, and spy for the North, then faced the pervasive post-war racial discrimination as she was unable to acquire her government pension for wartime service. Following the war she settled in Auburn, New York, on land purchased from William Seward with money earned from Sarah Elizabeth Bradford’s biography of her. She lived in Auburn until her death in 1913.
Back to Inductees